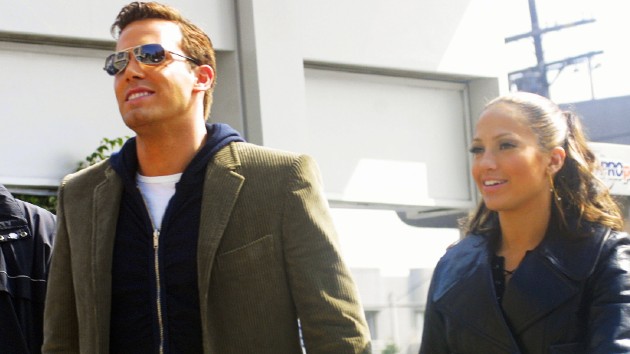 Affleck and Lopez in 2015 – Ben-Ari Finegold/Getty Images(LOS ANGELES) — Almost two decades after their highly publicized relationship came to an end, Ben Affleck still has nothing but respect for Jennifer Lopez.

Ben was one of several celebrities to heap praise on Jennifer in an InStyle cover story dedicated to the multi-talented performer.

Affleck praised his Gigli co-star’s commitment to her craft, noting, “The seriousness in which she took her work, the quiet and dedicated way she went about accomplishing her goals, and then how she would go back and redouble her efforts.  She remains, to this day, the hardest-working person I’ve come across in this business.”

Added Ben, “She has great talent, but she has also worked very hard for her success, and I’m so happy for her that she seems, at long last, to be getting the credit she deserves.”

The 48-year-old actor, also jokingly asked where J-Lo, 51, keeps her “fountain of youth.”

Affleck and Lopez began dating in July 2002 and got engaged later that year.  They broke up in 2004. Jennifer is currently engaged to former Yankees slugger Alex Rodriguez.

Leah Remini, Michelle Obama and Lopez’ ex-husband Marc Anthony were among the other celebrities paying tribute to Lopez.