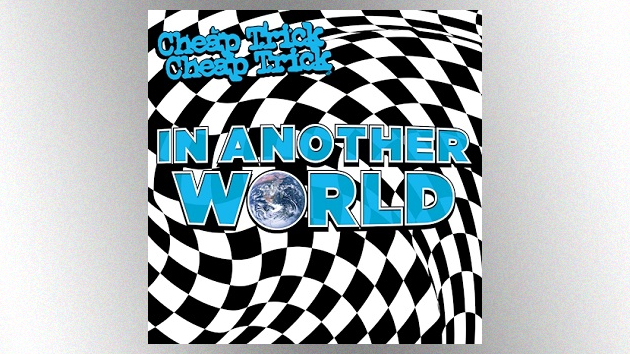 The 13-track collection features all the familiar Cheap Trick elements, including Beatles influences, glam, power pop, heavy rock and power ballads, but there also are less familiar aspects, such as introspective tunes and topical songs alluding to politics and the COVID-19 pandemic.

Reflecting on the material on the new album, guitarist/songwriter Rick Nielsen admits to ABC Audio, “I’m more of a ‘jump to it’ and ‘wear my influences on my sleeve’ [guy]…But…I think we’ve become more thoughtful.”

An interesting aspects of the album is that it features two versions of the same song, “Another World,” one a melodic ballad and the other a revved-up rocker.

Nielsen says Cheap Trick had already recorded the slow version of “Another World” and was “goofing around” in the studio when he suggested trying to playing the song super fast.

“[W]e kept the same chords and we kept the same almost everything, but it’s a completely different song,” notes Rick. “‘Cause not everybody likes the slow romantic ballads.”

In Another World ends with a cover of John Lennon‘s “Gimme Some Truth,” which features a guest appearance by Sex Pistols guitarist Steve Jones.

Nielsen says he decided to ask Jones if he wanted to play on the track after jamming with Steve on the song during a visit to the radio show Jones hosts.

“It was kind of fun,” Rick says of the collaboration. “And…it was a good match…’cause we liked [the Sex Pistols].”