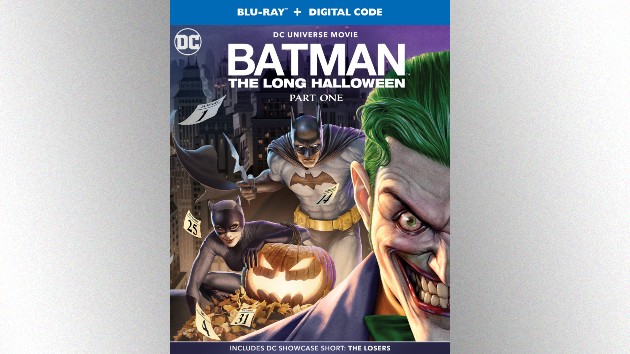 It also features the late Naya Rivera as Selena Kyle/Catwoman in her final performance following her death last July.

The film has The Caped Crusader hunting the villain Calendar Man, who’s killing people on holidays in Gotham City. But as always, the Joker is also there to make things interesting.

“There’s only room for one homicidal maniac in this town!” he says in the trailer, which is punctuated by his insane laugh.

Baker, who voiced Joker in several animated Batman films and video games, tips his hat to Mark Hamill, the actor so many fans, himself included, credit for providing an unforgettable voice to the character in previous animated incarnations.

“In some ways, because of [Batman] The Animated Series, I grew up [watching]…when I read The Killing Joke, when I read Arkham Asylum, that’s whose voice was in my head,” Baker  told ABC Audio. “But we’ve also had Cesar Romero, Heath Ledger, Jack Nicholson, you know, a bevy of actors who’ve played the character, and I, everyone has been playing a different side of that character.”

Batman: The Long Halloween: Part One debuts on Blu-ray/DVD June 22, with the second installment out some time in the fall.