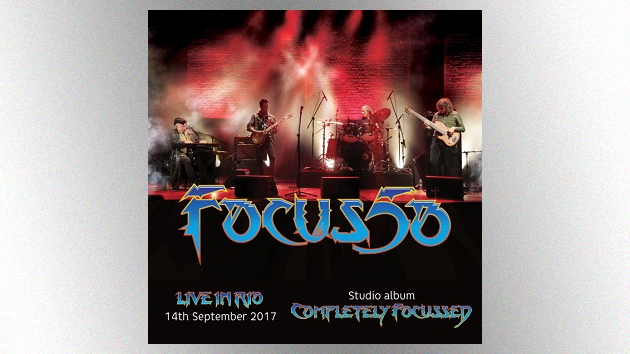 The four-disc set features audio of a full concert that the group played in Rio de Janiero, Brazil, in 2017 spread across two CDs, a video of the Rio perfomance on a Blu-ray, and a bonus studio CD dubbed Completely Focussed.

The show features Focus’ current lineup playing songs that span the band’s half-century career, including the group’s classic hit “Hocus Pocus,” which reached #9 on the Billboard Hot 100 in 1972.

Completely Focussed features new versions of 12 numbered self-titled songs — “Focus 1” to “Focus 12” — that the band has recorded throughout its career. The album was recorded by the current lineup during the  COVID-19 pandemic.

Focus 50 — Live in Rio, which can be pre-ordered now at CherryRed.co.uk, comes packaged with a booklet featuring notes penned by the band’s members and associates, photos from the Rio concert, and pics of the band on tour and in the studio.

The release of Focus 50 marks the start of the band’s 50th anniversary celebrations, which were put on hold last year because of the pandemic. Focus also plans to release a new studio album in 2022.

Here’s the track lists of the Focus 50 — Live in Rio CDs: