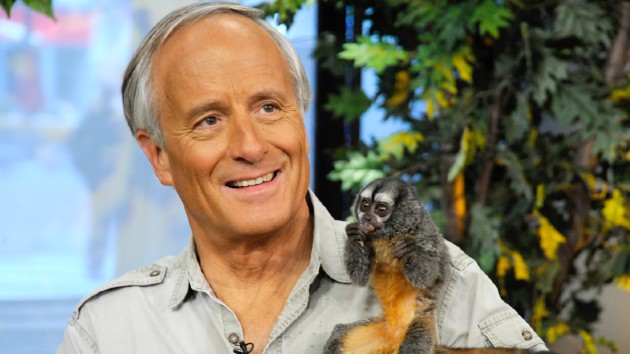 Donna Svennevik/Walt Disney Television via Getty Images(OHIO) — Jack Hanna, the former director of Ohio’s Columbus Zoo and Aquarium, who became famous for his live animal demonstrations on TV talk shows, has been diagnosed with dementia, his family announced Wednesday.

The wildlife expert’s family shared a letter on his official Twitter account detailing that his condition, which they said is “now believed to be Alzheimer’s,” has “progressed much faster in the last few months” than they expected.

Because of this, Hanna, who announced his retirement from the Columbus Zoo in June 2020, is now stepping away from the spotlight.

“Sadly, Dad is no longer able to participate in public life as he used to, where people all over the world watched, learned and laughed alongside him,” the letter read.

“A passion for wildlife conservation and education has been at the core of who our dad is and everything he has accomplished with the help of so many,” the note continued. “He has spent his life connecting people and wildlife, because he has always believed that having people see and experience animals is key to engaging them in more impactful conservation efforts.”

“He’s always said, ‘You have to touch the heart to teach the mind,'” they wrote. “Even though Dad is no longer able to travel and work in the same way, we know that his infectious enthusiasm has touched many hearts and will continue to be his legacy.”

Hanna’s three daughters also highlighted his “impactful” contributions to wildlife conversation efforts through his media appearances and advocacy efforts, and added that they are “abundantly proud to be his daughters.”

The trio also praised their mother, who wed Hanna in 1968.