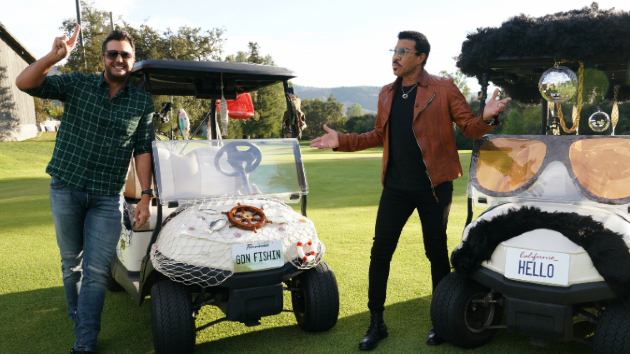 ABC/Christopher WillardA few weeks ago, Lionel Richie appeared on ABC’s Jimmy Kimmel Live!, and host Jimmy Kimmel asked the famed balladeer if he’d ever made love to one of his own songs, with Richie answering, “Not that I can recall.” Kimmel wasn’t satisfied with the answer, so when fellow American Idol judge Luke Bryan appeared on the show Wednesday night, he sought a second opinion.

“I asked Lionel, ‘Have you ever made love to one of your songs?’ and he dodged the question a little bit,” Jimmy told Luke.

Kimmel then noted, “He says he doesn’t remember, but I know! Even I have made love to one his songs.” Jimmy replied.

To which Bryan replied, “Everybody has!”

Jimmy said, “I guess, yeah, so what I wanted to ask you is, do you think Lionel has made love to one of his songs?”

“That may even be a low percentage,” Bryan insisted, as the audience laughed.

“Have you made love to one of your songs?” Jimmy then asked Luke.

After stuttering and stammering for a minute, Luke said, “Well…” and then added, “Just let me get back home!”

Hmm. We say the answer to that is also “one million percent.”

(The conversation takes place about 9:10 into the video.)