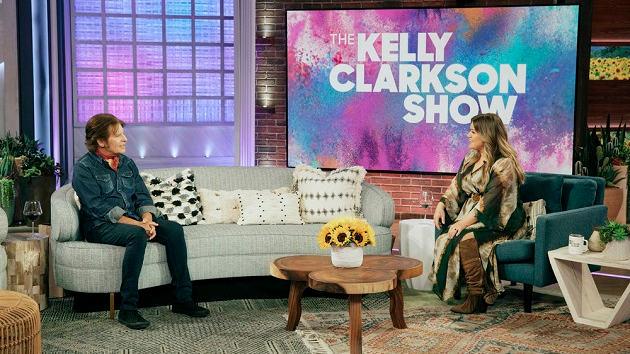 Weiss Eubanks/NBCUniversalJohn Fogerty was a guest on Thursday’s episode of The Kelly Clarkson Show, and during his appearance, the former Creedence Clearwater Revival frontman chatted about his topical new tune “Weeping in the Promised Land,” and explained why it was “the hardest song [he] ever wrote.”

Fogerty revealed that he actually came up with the song’s title more than 30 years ago, recalling that at the time, “I went, ‘Wow, that’s pretty cool…That sounds biblical, and it sounds really sad,’ adding, “That’s about all I did with it [then].”

The 75-year-old Rock & Roll Hall of Famer then noted that last June or July, with the world engulfed in the COVID-19 pandemic and Black Lives Matter protests happening across the U.S., “that title, ‘Weeping in the Promised Land,’ came across my consciousness again, but this time, it was…more like ‘Bam!’…and I thought, ‘Oh, wow,’ ’cause now it meant this.”

Fogerty went on to explain that he felt apprehensive tackling the song, because he knew he had to hit the mark if he was going to write about these serious topics.

“I have to admit, there was that kind of nanosecond where I could see it all, and it was like, ‘John, are you up to this?'” he said. “‘If you take on this mission it’s got to be [really good.]'”

He added, “And so, I hung in there. It was the hardest song I ever wrote.”

Also during his appearance, John talked about his recently released album Fogerty’s Factory, which he recorded last year during the COVID lockdown with his three youngest children — sons Shane and Tyler, and daughter Kelsy.

You can check out video of Fogerty’s interview and performances on YouTube.