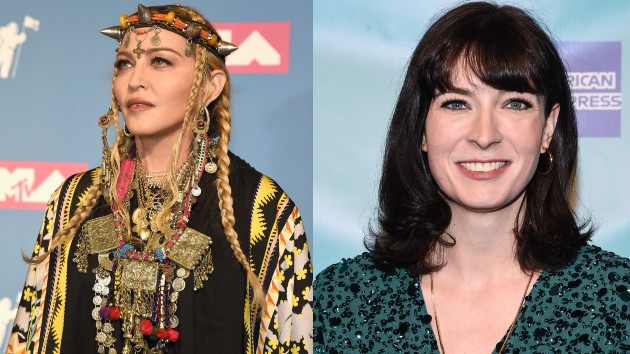 Madonna: Kevin Mazur/WireImage; Cody: Daniel Zuchnik/Getty ImagesDespite claims by a British tabloid that screenwriter Diablo Cody had left her job as the co-writer of Madonna‘s biopic due to creative differences, it appears that she and Madonna did, indeed, see the project through to the end.

A source at Universal, where the movie is being made, tells Entertainment Weekly that Cody’s so-called “departure” from the project was simply due to the fact that it was completed, and she’s now moved on to something else.  The source confirms that the two turned in a finished, final draft of the script, which they spent last year working on.

Now that the studio has the script, Entertainment Weekly notes, it will develop it, which may or may not include rewrites or polishing before production and shooting even starts.

Madonna announced in September that she would direct the biopic, which she described as a “happy, sad, mad, crazy, good, bad and ugly” story of her rise to stardom.

Meanwhile, Cody is now working on a live-action version of Powerpuff Girls for The CW.