Roger Waters reschedules This Is Not a Drill trek for 2022; call it “my first farewell tour” 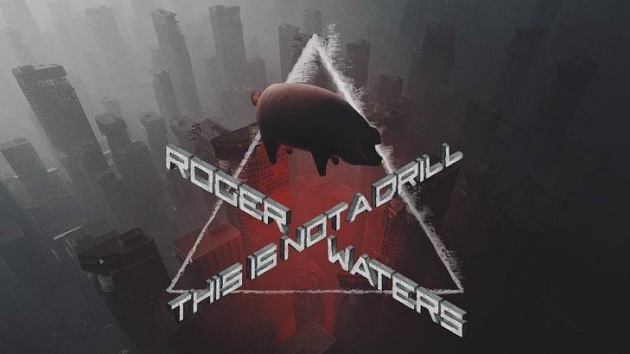 Courtesy of Roger WatersFounding Pink Floyd singer/bassist Roger Waters finally has announced rescheduled dates for his This Is Not a Drill tour of North America, which originally was supposed to kick off in July 2020 before being postponed because of the COVID-19 pandemic.

The 36-date trek, which now will take place in 2022, is set to kick off on July 6 in Pittsburgh will run through an October 8 show in Dallas. The outing includes two-night stands in Toronto, Philadelphia, New York, San Francisco and Los Angeles.

Those who purchased tickets to the previously announced 2020 tour dates will be sent an email with updated information. Fans are encouraged to hold on to the original tickets, which will be valid for the new dates. For additional ticket questions, fans should contact their point of purchase.

As previously reported, the This Is Not a Drill concerts will be staged “in the round,” a first for Waters.  In a new statement, he describes the tour as “a ground breaking new rock and roll/cinematic extravaganza.”

He continues,”[I]t is a stunning indictment of the corporate dystopia in which we all struggle to survive, and a call to action to LOVE, PROTECT and SHARE our precious and precarious planet home. The show includes a dozen great songs from PINK FLOYD’S GOLDEN ERA along side several new ones, words and music, same writer, same heart, same soul, same man.”

The 77-year-old Rock & Roll Hall of Famer finishes his message by noting, “Could be his last hurrah. Wow! My first farewell tour! Don’t miss it.”

Waters also has posted a video trailer for the rescheduled tour on his YouTube channel in which he explains the themes behind the trek.

Check out all of the dates at RogerWaters.com.

August 4th, 2021
View full playlist
Connect With Us Listen To Us On