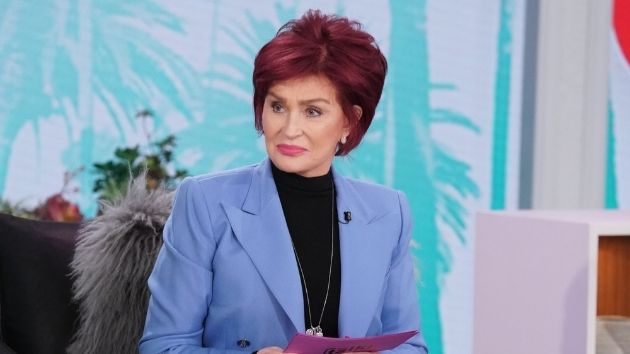 Monty Brinton/CBS (LOS ANGELES) — Sheryl Underwood says she hasn’t spoken to Sharon Osbourne since the two engaged in a heated argument on The Talk last month, which forced the show to go on indefinite hiatus.  However, Osbourne — who walked away from her hosting gig — claims otherwise.

Speaking in a three-part series documenting the fallout on her podcast, Sheryl Underwood Radio, the media star dismissed Osbourne’s claims that she apologized for their contentious on-air argument on March 10 regarding the “racist” comments Piers Morgan directed at Meghan Markle.

During the three-part special titled “Sharon Walks Away,” the TV personality said she has received only radio silence from Osbourne and even brought out her phone to show there have been no new messages sent.

The first message reads, “Sheryl, My heart is heavy and I’m deeply saddened by the events that transpired on Wednesday.  I don’t want to lose my true friend over this.”

The British personality sent two additional messages after not receiving a response.

In addition to the messages she sent her former co-host, dated March 12, 15 and 18, Osbourne adds, “I not only sent these messages to Sheryl but I apologized to her in person in her dressing room.”

Underwood has not reacted to Osbourne’s claims, but during her podcast, says she still has love for Osbourne, but that, “I’m very disappointed. And I’m just trying to navigate my feelings about that because it was a trauma.”