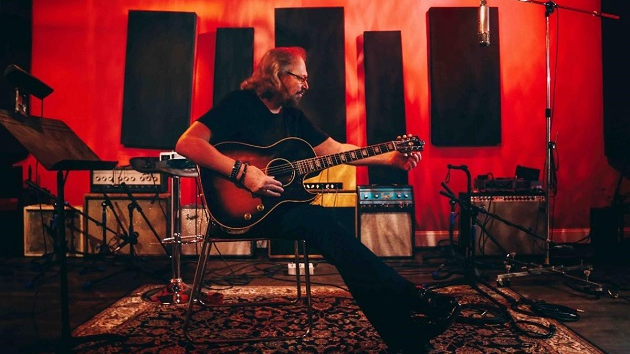 Credit: Desiree PrietoBee Gees singer Barry Gibb looks back on some of his group’s most enduring hits in a new episode of Essentials Radio with Apple Music.

During the interview, Gibb shares an interesting reason why he’s particularly proud of the Bee Gees’ disco classic “Stayin’ Alive.”

“[A] lot of people who had heart attacks and things like that were saved by that groove, because medicine and doctors were starting to use ‘Stayin’ Alive’ as some form of CPR,” Barry maintains. “And when…I was doing shows about two years back, I was meeting fans all the time that would tell me that their father had survived a heart attack because they did CPR to ‘Stayin’ Alive.’ And so that’s gratifying.”

Gibb also explains why “Stayin’ Alive” was used in the opening scene of Saturday Night Fever, which featured star John Travolta walking through the streets of Brooklyn, but wasn’t heard in any of the film’s classic dancing scenes.

“John couldn’t dance to ‘Stayin’ Alive,’ and it wasn’t a dance record, if you think about it,” Barry says. “But he said he was comfortable walking to it.”

Gibb also discusses how he began singing Bee Gees songs in his trademark falsetto, revealing that he started doing it in the mid-1970s, when producer Arif Mardin pointed out that one of their songs could use a scream like Paul McCartney did in The Beatles‘ “I Saw Her Standing There.”

Barry volunteered, and it sounded so good that he continued to employ the technique on many Bee Gees hits.

“It was wonderful fun. I mean, once I started doing it, and I started exploring the range I didn’t know I had,” he explains about singing falsetto. “I don’t understand how it works. It must be a different set of muscles than your natural voice.”

October 23rd, 2021
View full playlist
Connect With Us Listen To Us On