'We will miss you, George': “The Goldbergs” marks George Segal's final appearance with touching tribute to Pops 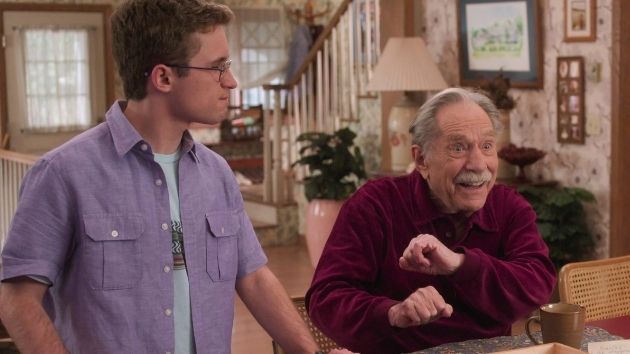 Following Wednesday’s episode, titled “Couple Off,” ABC presented a 45 second video montage, bookended by graphics that read, “DEDICATED TO OUR FRIEND, GEORGE” and “We will miss you, George.”

The clip featured some of Segal’s most memorable moments from the show’s eight seasons — dressed in outrageous get-ups, offering words of wisdom and embracing members of his TV family, including his daughter Beverly, his son-in-law Murray, and his grandchildren — Barry, Erica and Adam — played respectively by Wendi McLendon-Covey, Jeff Garlin, Troy Gentile, Hayley Orrantia and Sean Giambrone.

The episode was shot before the Oscar-nominated actor passed away on March 23 from complications of bypass surgery.

July 31st, 2021
View full playlist
Connect With Us Listen To Us On