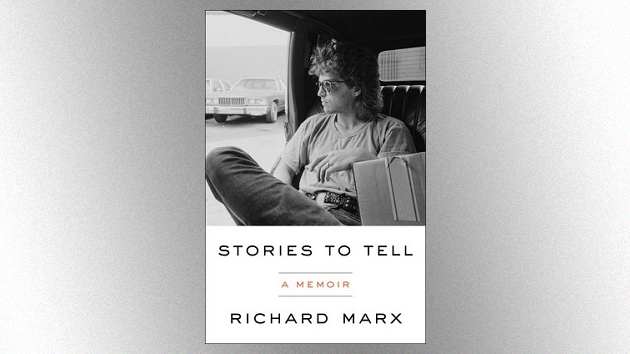 Simon & SchusterRichard Marx is writing a memoir called Stories to Tell, but since he’s Richard Marx, it’s also going to come with a soundtrack.  Now, he’s shared a snippet of one of the songs he’s just recorded for that project.

Before he became a star in his own right, a then-unknown Marx co-wrote the song “Crazy” with the late country superstar Kenny Rogers.  It was a massive hit, topping the country chart.  Richard has now recorded his own version of the song for his book’s soundtrack.

Sharing a snippet of the recording on Twitter, Marx writes, “Just recorded my vocal on ‘Crazy’ which I wrote with Kenny Rogers in 1983 when I was 19. Hit #1 in ’84. Did it at my son Lucas‘ studio and it’ll be on the soundtrack to my book Stories to Tell in July.”

Adds Richard, “So many memories and emotions as I sang it. Holy s*** does life fly by.”

Stories to Tell comes out July 6, and features Marx’s straightforward take on his adventures in the music industry over the years, including tales of celebrity encounters, greedy record executives and his love for his fans. The father of three also writes honestly about his personal life, including finding love in 2015 with his wife Daisy Fuentes.

December 1st, 2021
View full playlist
Connect With Us Listen To Us On